Kerala Blasters FC announces their squad for Durand Cup 2021. The squad will be trained under Head Coach Ivan Vukomanović, and his team prior to Indian Super League (ISL) 2021-22.

Kerala Blasters FC has outlined their Durand Cup fixtures for three matches until now. The team will begin their first match with the Indian Navy on September 11 at Vivekananda Yuba Bharati Krirangan (VYBK) Stadium followed by the second match with Bengaluru FC on September 15 at the same venue. The third match has been fixed with Delhi FC on September 21 at Mohun Bagan Club Ground.

Kerala Blasters FC’s Head Coach, Ivan Vukomanović says: ‘We are all set to participate in this year’s Durand Cup. We hope Durand Cup will give the team a good experience to perform and also hope to have good games. These games will help our players to boost their confidence and to have an extra motivation because we like to compete.’ 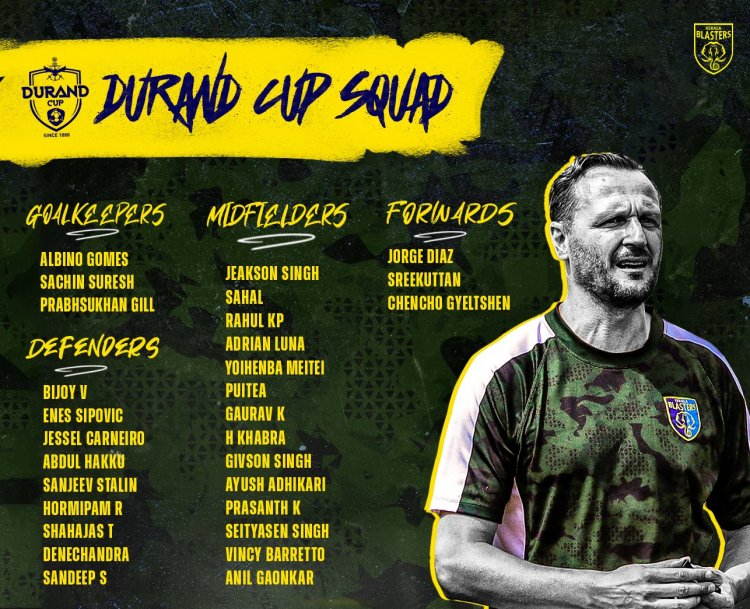 The Mumbai - Kochi Comedy Saga at Greenix Village on April...

Remarks - an exhibition of paintings by 9 artists led by...