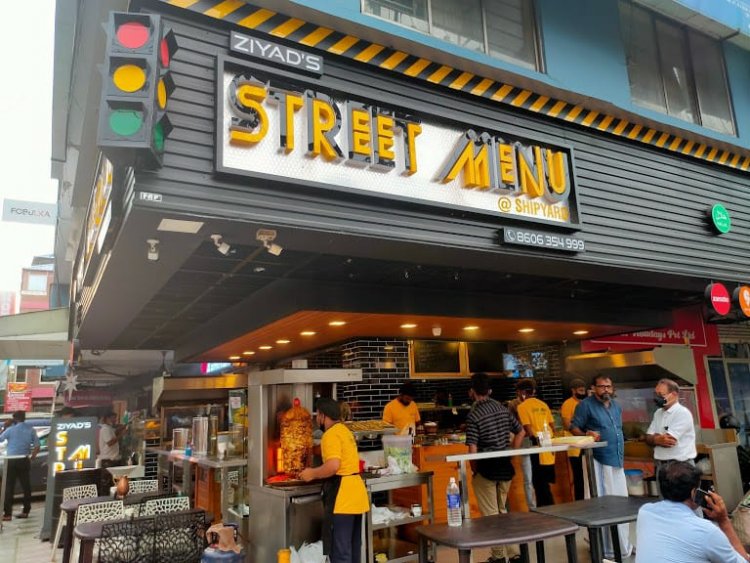 “What should I offer as today’s special to my patrons who come to eat exclusively at my restaurant?” thought a simple street vendor one day. Standing on a busy street in Ernakulam, where there was a restaurant in every nook and corner of the city, this thought did not crop up in his mind in order to increase his profits. Instead, he only wanted his patrons to taste the best food and leave with a smile on their face.

Ziyad, a youngster then, was on the right track. It was this mindset that led to the establishment of “Street Menu”, a mini restaurant near Padma Theatre.

As time passed, different types of food became more popular and people’s tastes changed. However, the rich aroma of the traditional dishes wafting from Ziyad’s kitchen has only enticed more and more patrons over the years. Ziyad’s dishes have been influenced by European, Arabian and Chinese cuisines, and hence, his dishes became more exciting to which his patrons looked forward.

Ziyad has dedicated more than thirty years of his life to cooking and experimenting with different dishes, and this has put “Ziyad’s Street Menu” on the map.Though “Street Menu” has many dishes, it is his second restaurant, “Ziyad’s Street Menu”, near the Cochin Shipyard that serves traditional curries packed with ingredients that give the rich flavour. This is because “Ziyad’s Street Menu” has always inculcated the traditional Kerala cuisine in their dishes - chicken with freshly ground pepper, beef stew with cinnamon, cloves and coconut milk, and mutton chops teeming with the smell of masala and fried onions. These are the same dishes that have made its patrons come back for more. This is also why Ziyad keeps travelling to and fro from Kochi to Australia where his family resides, so that he is still able to continue to serve these delectable dishes at “Ziyad’s Street Menu” with the same taste and authenticity.

After this Ramzan, Ziyad will open his new restaurant which will be a part of “Ziyad’s Street Menu” near Cochin Shipyard. This new restaurant’s specialty will be biryani and the menu will be an insight to the varieties of biryani available all around the world.

Yaa Khudaa - a sufi musical video release on may 5th

Tata Motors bags order of 115 ambulances from the Government...