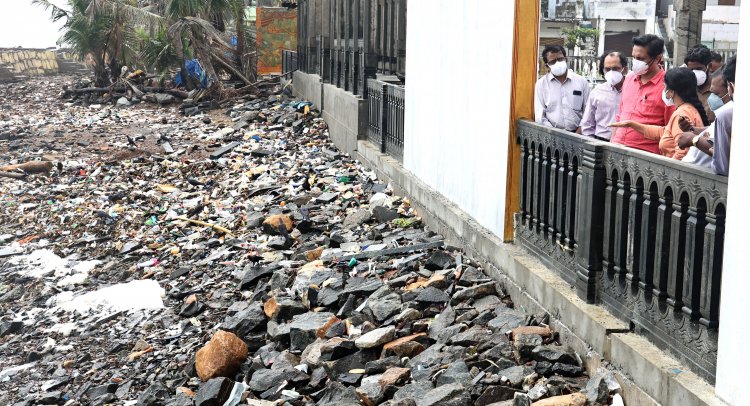 Works to permanently safeguard the Kovalam beach from recurring sea erosion will be completed along with the second phase of development works at the globally renowned tourism hub, State Tourism Minister Shri P A Mohamed Riyas said today.

On a visit to the rain-battered Kovalam with senior officials to review the situation, Shri Riyas said that the second phase of development works would be launched without delay and the coastal stretch that bore the brunt of severe sea erosion would be strengthened to withstand future calamities.

The walkways of the beaches at Kovalam have been severely damaged by heavy rains.  A project with an outlay of Rs 8.35 crore had been drawn up and submitted by the Harbour Engineering wing to safeguard the beach from back-to-back devastations. The works would be taken up based on this along with the works on the second phase of the destination development project.

The second phase of Kovalam Development project include setting up granite seats, fitting handrail along the walkways, renovation of toilet blocks,  building of restrooms, rain shelters and launch of laser and light shows.